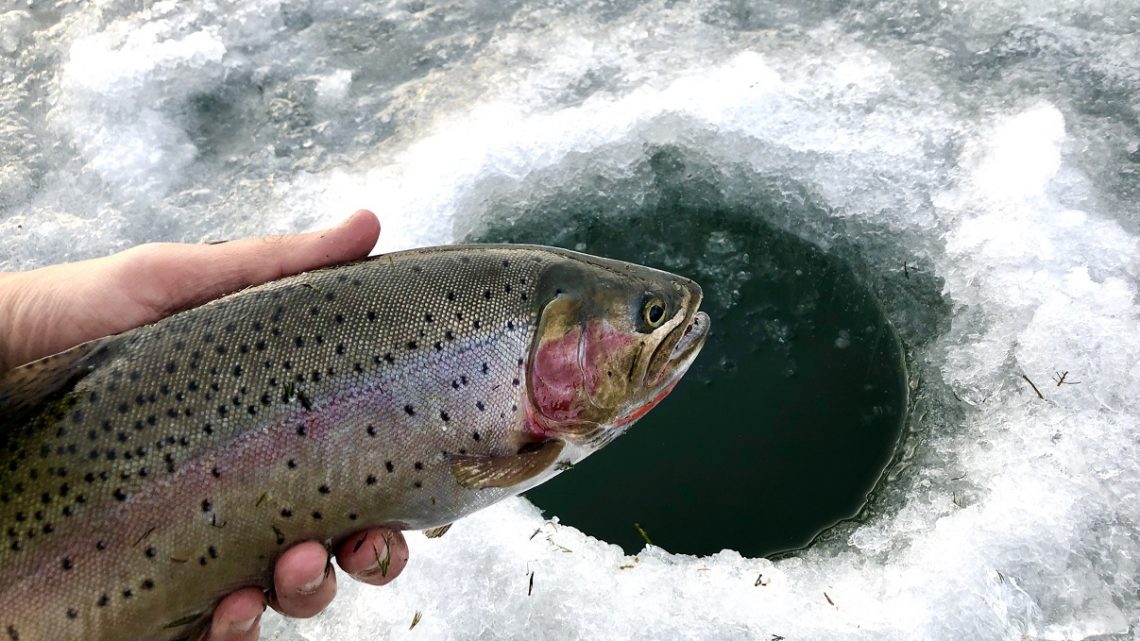 Options abound for fishing Idaho waters in November. Warm weather on the western side of the state has led to great conditions for river and reservoir fishing, while ice fishing season is under way at legendary Henry’s Lake. Here are a few ideas for your next fishing trip:

For those itching to get on the hardwater, Henry’s Lake in eastern Idaho is open for business. Henry’s is a trophy lake known for producing huge cutthroat, brook and rainbow-cutthroat hybrid trout. It is also one of the first places in Idaho to freeze every year, thanks to its high elevation just outside Yellowstone Park. As of this writing, there is a solid six inches of ice across most of the lake, and anglers are catching trout on small jigs tipped with worms, cut bait, Power Bait and shrimp. On a recent trip, my group of three iced 48 trout, including lots of nice fish up to 18 inches, but no monsters. But if you are catching fish, stick with it—any bite at Henry’s could be the fish of a lifetime.

Located just outside Cascade, Horsethief is a popular “put-and-take” trout fishery, stocked generously by Fish and Game with rainbow trout, Kokanee salmon and even a few brown trout. Anglers have been experiencing good catch rates on pan-sized rainbows this fall. It has been a few years since the lake was drained and re-stocked following a perch infestation, so anglers might even have a shot at a big fish. Trolling with spinners and pop gear or bait fishing with worms and Power Bait are the most popular tactics. Casting flies, spinners, spoons or Rapalas can also produce some fish. As of this writing, the lake is ice-free, with shore access and boat launches open and available

Fall is a beautiful time to fish the Boise River, and I am seeing some gorgeous brown trout in full spawning colors being caught all though town. Rainbow trout and whitefish are also abundant. For the fly crowd, nymphing is the most productive method this time of year. You might also try swinging a streamer, and keep your eyes peeled for dry fly hatches on sunny afternoons. Traditional anglers are catching fish on spinners, crankbaits, spoons and natural bait. As always, I recommend releasing large, wild trout and keeping a few hatchery rainbows for the frying pan.

With fish counts down and several popular fisheries closed, I haven’t written much about anadromous Chinook salmon and steelhead. But anglers are still out there putting in the effort on the Snake and Salmon rivers. To date, the best fishing has been on the Snake, where steelhead anglers are averaging between 10 and 18 hours per fish according to the latest Fish & Game data. I have also seen some nice B-run steelhead getting caught in the Salmon River near Riggins. Check the Fish & Game website for the latest updates and harvest reports.