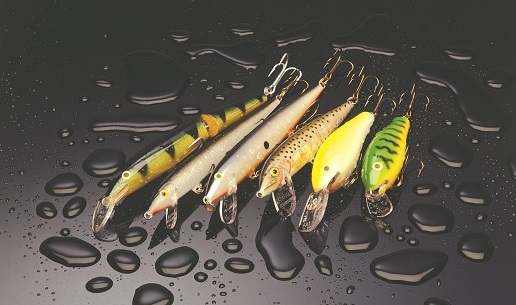 More than 80 years ago on the pristine waters of Lake Päijänne in Finland, a fisherman named Lauri watched from his boat as large predatory fish attacked schools of minnows. Time after time, he noticed, the hunter would hone in on prey that swam with an off-kilter wobble. It was a discovery that would forever change freshwater fishing.

Armed with this firsthand knowledge, Lauri got to work. Using cork and a shoemaker’s knife, he carved a fish-shaped lure. Tinfoil from chocolate bars became the reflective surface, and melted photographic negatives formed a protective outer coating.

Lauri’s last name, you see, was Rapala. And he had just created the Original Floating minnow that helped spawn an entire industry of fish-imitating lures.

Finnish lore says Lauri caught 600 pounds of fish the first day he used his new creation. As one can imagine, word quickly reached rival anglers, and the lure’s reputation spread like wildfire. Today, Rapala lures remain some of the world’s leading baits, with more than 20 million lures manufactured and sold in 140 countries each year.

Here in Idaho, the Rapala Original Floating minnow is a must-have item for any angler’s tackle box. It is a versatile lure that can be fished in almost any conditions. In moving water, tossing Rapalas toward the bank from a drift boat is deadly for catching big brown, rainbow and bull trout. From the riverbank, retrieving them through current seams and eddies is the ticket. They are also highly effective in lakes, particularly when fished with a herky-jerky, stop-and-go retrieve.

One of my favorite things about fishing Rapalas is the explosive bites they trigger. As Lauri Rapala first recognized, predators single out injured baitfish and zero in for the kill. You don’t get many exploratory nibbles on a Rapala—the predator is coming after your injured minnow with bad intentions!

In my experience, many Idaho anglers consider Rapalas trout lures, but I’ve also used them to catch bass, crappie, perch and even catfish. Many of those species seem to prefer a Rapala trolled slowly behind a boat.

Like any successful company, Rapala continued to innovate and adapt. Over the decades, the Original Floating minnow has been joined by a large fleet of crankbaits. The larger Husky Jerk is world-famous for catching walleye. The Shad Rap is a killer bass and crappie bait. The jointed minnow is one of my favorite lures for catching smallmouth bass on the Snake River. There’s even a deep diving crankbait capable of luring big predators from 20 feet down.

Lauri’s creation, and the thousands of lures that have hit the market since, are the result of anglers using their keen observation and creativity in an effort to catch more and bigger fish. Which, at the end of the day, is what fishing is all about. So the next time you reach for a Rapala, think of Lauri and the pioneering spirit that remains his enduring legacy. And if a wild idea hits you on the water one day, grab a carving knife and give it a shot.