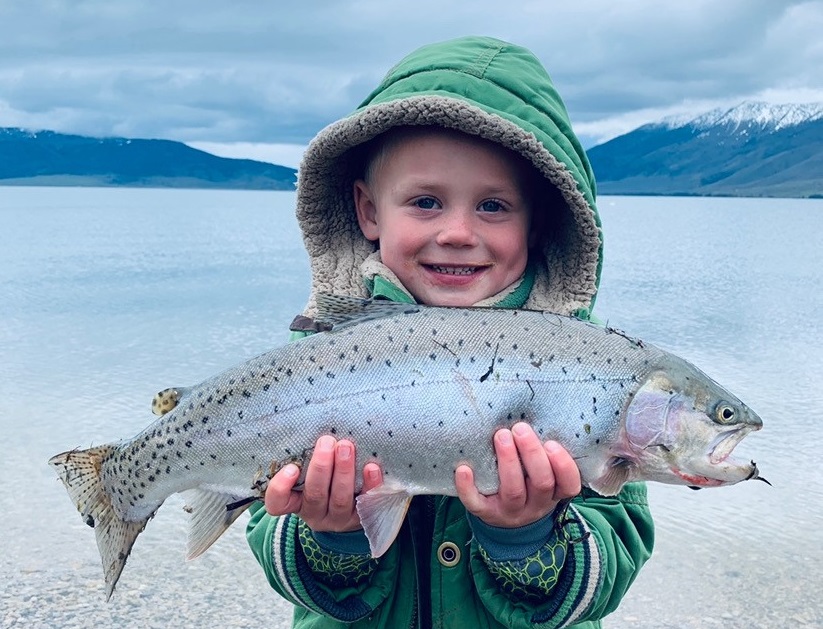 June is upon us, and with Memorial Day weekend in the rearview, pretty much all Idaho waters are open for business. Here’s a look at some top destinations to chase big fish across the Gem State:

Located about 5 hours from Boise near Yellowstone Park, Henry’s Lake is definitely on the outskirts of destinations I write about in this report. But it’s here for good reason—this legendary trout fishery is home to some truly unbelievable fish, with brook trout up to seven pounds, cutthroats that flirt with double-digit weights and cutthroat-rainbow hybrids that can creep into the teens. Henry’s Lake opened last weekend and, sure enough, multiple anglers landed fish over 10 pounds, with the average catch in the 3-pound range. Fish can be caught using a variety of methods, including trolling with spinners and Rapalas, plunking natural baits or fly-fishing with leeches and woolly buggars. Whatever you use, be sure to tie good knots and have a landing net handy. Any bite at Henry’s could be a wall hanger!

If catching a trophy closer to town is more in your lane, the South Fork provides the best opportunity. Flows are still on the high side, but they are coming down enough for savvy anglers to fish the deeper holes. The river opened Memorial Day weekend, so fish haven’t seen much pressure this spring. Large stonefly nymphs, sculpins, foam ants and other chunky patterns are good bets this time of year. Spin anglers can also pursue large rainbow and bull trout with modified spinners and crankbaits (the rule on the South Fork is a single, barbless hook per lure). Odds of hooking a lunker aren’t quite as high here as they are at Henry’s, but 5-pound fish aren’t uncommon, and there are even bigger ones lurking.

If warm water species are on your list, I’ve been hearing good reports from Brownlee. This Snake River reservoir is home to legendary catfish action, with channel cats and larger flatheads both found in abundance. Natural baits including cut bait, chicken livers, worms and Mormon crickets are usually good choices. Brownlee also hosts numerous bass tournaments, and a friend of mine recently reported good catch rates for smallmouth using jigs and Rapalas. Crappie are also very popular at Brownlee. This year’s fish have been a mixed bag, with anglers catching small numbers of very large fish up to 15 inches or buckets full of small fish in the 6-inch class. Small jigs tipped with crappie nibbles usually do the trick.

This family-friendly fishing hole just 45 minutes north of town is a fun place to chase a variety of species. If you want to put young anglers on some fish, trolling for trout or bait fishing for bluegill is the way to go. Fish & Game has stocked more than 2,000 rainbows in the pond this year, and trolling gear pulled behind a small electric motor often produces a limit. Bluegill tend to be small, but they are plentiful and eager to eat worms, crickets or small jigs. For more serious anglers, the pond is also home to some big, wily catfish and bass.